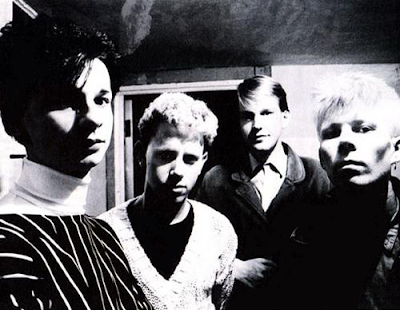 As previously mentioned on this site, one of my original inspirations was to try and write about bands and specific releases they had issued which went some way to “ticking off the boxes” when it came to getting hold of older singles and albums. Some bands have been better at this than others, and it is Depeche Mode who have led the way as regards the 45’s.

By the middle of 2001, Depeche Mode had released 35 singles in the UK - and ALL of them had been boxed up by the end of 2004. A few B-sides and remixes went by the wayside in some cases, but the decision to cobble together material from most, sometimes all, of the formats that were issued per single was a great effort - especially when some of the latter period singles had been issued on so many formats, buying them individually would have cost more than buying an LP! In this blog, I shall detail what the boxsets set out to achieve - and how well they did. 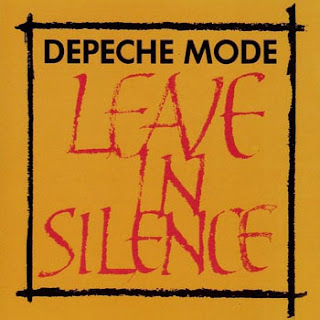 One thing that has assisted in allowing the Mode to issue so many box sets, is that they have been on the same label since day 1, signing to Mute in 1981. Their first single was released before it became the law to do a 12” mix of your new single, and thus “Dreaming Of Me” turned up as a rather simple 2-track 7”. Remixes of the band’s next single were made, however, and pretty much every single thereafter would appear on both 7” and 12”.

Following the release of 1990’s monumental “Violator”, there would be a three year gap before Depeche Mode’s next LP, “Songs Of Faith And Devotion”. And it was during this gap that the band decided to issue not one, but three box sets, collecting together a sizeable chunk of their single releases.

A quick look through the records revealed that between 1981 and the end of 1986, the band had issued 17 singles in the UK, the last of which was “A Question Of Time”, the final single released to promote the “Black Celebration” album. And so, three box sets would be issued, each of which would include repressings of six singles. In order to make up the “shortfall” in box three, the decision was taken to include a repressing of 1988’s ‘Odd One Out’ 45, “Little 15”, which - at the time - was officially deemed to have only ever made it into the UK on import, and was therefore to be (re)pressed as a bit of a bonus single, despite dating from the summer of 1988. It had included B-sides not available elsewhere, hence the decision to include this over any other non-UK singles the band had also already released (the US only “But Not Tonight“, as an example).

The repressings came in slimline jewel cases, rather than the usual card sleeve packaging you get for most CD Single Boxsets. Barcodes were printed on each to allow any sold individually to be registered for sales purposes, and the original catalogue numbers were revamped by adding a “CD” prefix - so “Dreaming Of Me”, originally MUTE 13, became CDMUTE 13. The final single in Box 1, “Leave In Silence”, was the starting point for the band’s own personalised “BONG” catalogue system, and thus became CDBONG 1.

The official name for the box sets seem to differ depending on where you look. The side of the box was detailed “Singles 1-6” on the first box, “Singles 7-12” on the second, and so on, but I understand stickers were attached to the front which referred to them as “Singles Box 1”, “Singles Box 2”, etc. Certainly, when the next lot of boxes were issued over a decade later, they were listed as “Singles Box 4”, “Box 5” and “Box 6”.

For each single, the usual approach was to include all tracks from the 7” and 12” editions of the original versions, although for some reason, where a single had been issued on multiple formats, none of the exclusive tracks from the extra formats were to be used. This is a particular problem with boxes two and three, where a large number of live tracks and remixes were issued on limited edition 12” singles, none of which were included in the boxes. I can only think this was done to keep the length of the discs down, and thus (maybe) allow the “individually sold” copies to be eligible for the charts, as there was actually more than enough space on the discs to have included these extra rarities. Where a single had been issued in different covers on different formats, a small reprint of one of the other covers was printed as part of the inlay.

There were a few other quirks. On some occasions, the original A-side mix from the 7” - if it was the same as the LP version - was omitted, but on other occasions it wasn’t (see “Just Can’t Get Enough”, and then “See You”, for example). In other instances, the photo used on the front of the reissue was from one of the limited formats, and made reference to songs that were thus not actually on the disc itself (see “Blasphemous Rumours”). Stickers were added to such discs advising listeners to “check the track listing for actual disc details”. 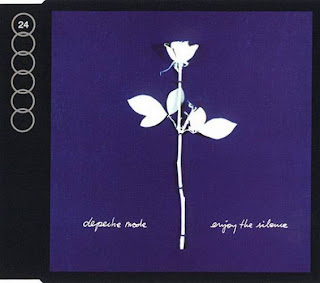 Because these singles had all been issued on vinyl, and thus in square sleeves, the decision to issue them in rectangular cases meant a bit of rejigging of the artwork needed to take place. The chosen cover was to be slightly reduced in size, and printed slightly off-centre, to the right of the sleeve. The background was black, which in effect, gave the impression of a black border being printed around the artwork. In order to fill the “void” on the left hand side of the cover, a fancy logo was printed which identified which number single in the set it was - so “Dreaming of Me” showed a number 1, “Get The Balance Right” was number 7, and so on. “Little 15” became number 18.

Possibly more by luck than judgement, the cut off point between one box and another made reasonable sense. Box Set 1 includes singles that cover a period up to and including 45’s from their second album, “A Broken Frame”, whilst box set 2 starts with the non-album “Get The Balance Right” (later included on various singles collections) and ends with the final single from “Some Great Reward”, the aforementioned “Blasphemous Rumours”. Box 3 also starts with a non album single, “Shake The Disease” (originally homed by the end of the year though, thanks to the “Singles 81-85” compilation), and as already mentioned, closes with the final single from “Black Celebration” and “Little 15”.

A decade later, in 2001, and Depeche Mode released “Exciter”. The first single from the LP, “Dream On”, was the 35th DM single to be issued in the UK. In other words, the band had now issued another 18 singles since the end of the “Black Celebration” promo campaign, and so it was no surprise to see that three more box sets were dutifully issued in 2004. These box sets came in another lull in activity, as the next studio album after “Exciter” would be 2005’s “Playing The Angel”, although there was a remix album released as well in 2004.

The basic approach was the same as the 1991 boxes, but given that the singles being reissued this time around had already appeared on CD before, the catalogue numbers had an “X” suffix added to differentiate between the 2004 pressing and any previous ones.

The decision was also taken to include all the rarities from all the formats this time around (including videos from the enhanced CD-Rom section of the single, where such an item had been included originally), meaning that in some instances, the discs had so many extra tracks, that the running time of certain singles exceeded an hour, with up to eleven or twelve songs per disc. Again, copies of the singles could be purchased individually, and thus barcodes were used once again on the packaging, although I doubt any of them could have been eligible for the charts with this amount of material appearing on each reissue. 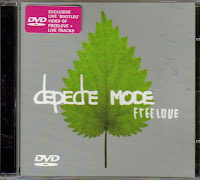 The Mode have become a bit less prolific in recent times. They have only managed one more studio album since 2005, another best-of and a second remix set, and as such, have not got round to releasing another 18 singles since “Dream On”.

As such there has been no “Box 9”. Indeed, there has not been a Box 7 either. This could be due to any of the following reasons:
a) nobody has thought about it
b) somebody though about it, then forgot about it
c) somebody is waiting for those 18 singles to exist first, in order to create three (and no less) boxes
d) logistics.

The last option is worth considering. Since the release of “Dream On”, the band have continued to multi-format all of their releases, and have also issued some singles as DVD Singles. Therefore, there may be a question mark over whether or not there would be enough space on a single CD to include all the various mixes for each single. And if there was enough space, where a DVD was issued, to squeeze this into an enhanced CD-Rom section on the disc, would this not be a lessening of picture quality, and thus, a backward step?

I shall be looking at the Mode’s post “Box 6” releases in a future blog, as well as a run through of the band’s studio and compilation albums. And when this happens, we shall see if there is a “Box 7” in the shops by then!

Note: although only a handful of these releases mentioned the use of a 7” Mix on the packaging, it is understood that wherever a 7” Mix existed, this was used even if the sleeve notes made no mention of it.

OTHER SINGLES FROM PERIOD

Note: some of the mixes listed above have been re-housed on some of the band’s remix albums, meaning it is possible to get away with not buying the limited “Master And Servant” 12” if you get the 3-CD edition of “Remixes 81-04”, as an example. However, the sleeves of these releases are different to the standard editions, so are of some interest in terms of artwork, so I have listed all of the singles not “covered” in the box sets on this basis. A lot of the live material remains unavailable anywhere else in physical forms, AFAIAA.