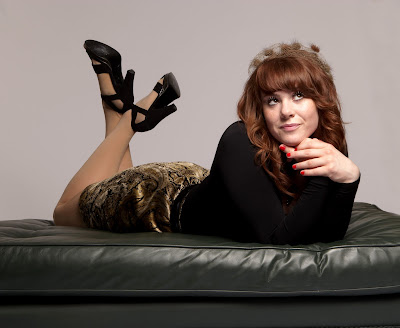 At the risk of sounding like a lazy journalist, it’s difficult to avoid the fact that the Noughties gave us not one, but two, female Ian Dury’s - Lily Allen, and Kate Nash.

Both were born in London, and both made their debut’s - after posting demos onto their Myspace accounts - via a limited edition 7”. Both also had an often uncompromising, direct approach in their lyrics just like Dury had often done (Nash’s debut LP had a song titled, simply, “Dickhead”) and were happy to allow their accents come through quite strongly on record.

Although both Allen and Nash became TV and Radio darlings after their debut albums were released, their careers have veered off in different directions of late. Allen had her own TV show, posed topless for GQ, and released a second album that became a major hit. She hit the festival circuit and found herself playing quite a way up the bills on the main stages. But whilst Allen was becoming a big pop star, Nash’s career has remained somewhat more “indie” - her second album achieved only moderate sales (not helped, I would argue, by some vicious reviews), she also hit the festivals but seemed rooted to the second stage or the “alternative” tent, and was certainly nowhere near whipping them out “for the boys”. A 2010 interview, first printed in the UK in “The Big Issue” saw her objecting to the concept of female singers feeling the need to pose for the ’lads mags’ in order to help further their careers. But I wouldn’t feel too sorry for Nash - that second album did spawn a pop genius moment in “Do-Wah-Doo”, and whilst she may not want to ever be headlining The O2 in London, she has claimed her third album will be inspired by Beyonce’s multi-million selling “I Am…Sasha Fierce” LP.

Nash’s debut 45 from 2007, a double A side 7” release, combined two tracks taped the previous year - “Caroline’s A Victim” and “Birds”. The former was a slighty strange, semi-electro “jerky” sounding piece of left-field pop, quite unlike the bulk of slightly poppier material that would end up on her debut LP. “Birds” did make the LP, albeit in re-recorded form. The single was issued as a limited edition 1000-copy pressing, but after selling out quickly, a second batch were pressed up. Soon after, a satirical swipe at Nash, Allen and the “new art-school” crowd, called “LDN Is A Victim”, garnered interest at Radio 1, despite the fact that the station was heavily plugging Nash and the other acts “attacked” in the song. 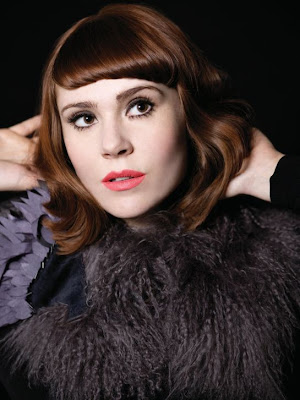 “Caroline” was issued on Moshi Moshi, the same label who later signed Florence And The Machine, but it was on Fiction that all future Nash releases would be released, a label who for years only seemed to be home to The Cure but have increased their roster quite a bit in recent years. The first single from Nash’s debut LP was “Foundations”, issued on a wallet busting three formats, each with exclusive B-sides. In the USA, the single was issued as a four track maxi single which included two of the UK B-sides, plus “Caroline’s A Victim”, whilst the Australian edition opted to include all three of the B-sides. It was the promo CD, catalogue KN1, that was officially Nash’s debut Fiction release - it included both a “clean” and “explicit” edit of the track, with the section about somebody being sick on Nash’s new trainers being edited out of each mix. The LP version appeared on all of the commercial releases.

“Made Of Bricks”, the debut LP, appeared in August 2007. It was the recipient of mostly positive reviews, although The Independent slated it quite badly. It appeared on Pink Vinyl, whilst the CD included the by-now compulsory “hidden” bonus track, “Little Red”, after the official album closer, “Merry Happy”.

Three more singles were taken from the LP - “Mouthwash”, “Pumpkin Soup” and the aforementioned “Merry Happy”. One of the two vinyl editions of “Mouthwash” featured a track called “Take Em Back”, which was mis-titled “Take Em Out” on the sleeve, whilst the B-side of “Pumpkin Soup” was a poem called “Pistachio Nut”. In Europe, a previously unissued live take of “Foundations” appeared as a B-side on all formats. “Merry Happy” was released as a hyper limited 45, 3000 copies only across three formats, with one of the vinyl B-sides, “Don’t You Want To Share The Guilt”, later being re-recorded for Nash’s second LP.

Nash’s second LP, “My Best Friend Is You”, appeared in 2010. “Do-Wah-Doo”, with it’s brilliant flight attendant promo video, revealed a slightly “new” direction, with Nash openly admitting that it took it’s cues from the likes of The Supremes and The Ronettes. “Kiss That Grrrl”, the second single from the album, meanwhile, sounded more like The Jesus And Mary Chain and came with an equally inventive “showgirl” promo. Both singles appeared on 7” and CD, with the CD editions including a cover of the A-side by a guest artist - the cover of “Do-Wah-Doo” was done by Ryan Jarman from The Cribs, Nash’s long time boyfriend. A third single, “Later On”, was only made available via Nash’s website or on her fall 2010 UK tour, with most copies being personally signed by the lady herself.

Nash is heading out on another UK tour in March, having just completed shows in the US, and has Australian shows coming up this week as I type this. There is also a “History Of Cockney” exhibition at The British Library at present, the organisers of which have cited Nash as reflecting “a younger urban mode of speech with…use of the glottal stop in words like city and little”. Nash, having actually come from Harrow rather than Bow, may have been mercilessly ripped on the net for being a “Mockney”, but there’s no denying the “Englishness” of her music, which, despite struggling to maintain an audience in these N-Dubz and Jedward fuelled times, has marked her out as one of our more interesting singers. Forget Kate Middleton and the fact she will one day become Queen Of England, Kate Nash is my Queen - of indie, at least.

Note: every one of the above singles come in different sleeves, with the aforementioned US/European releases using one of the sleeves from the corresponding UK release. The Promo CD’s for the singles from “Made Of Bricks” all came in fairly simple sleeves, with a big “Kate Nash” logo filling the cover, and most of them opting to include just the one track in it’s original album form. “Caroline” is available on CD in the UK, as it was later included on the “Moshi Moshi Singles 2006-2008” compilation. The original mix of “Birds” was available on a Moshi Moshi “B-sides” cover mounted CD that came free with Artrocker magazine during 2008. The “2006-2008” collection, which included only A-sides, featured a photo of the original front covers of all the singles compiled on the LP, the freebie featured the same design - but with photos of the accompanying rear sleeves instead.