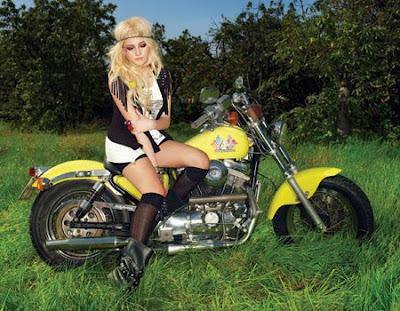 Year in, year out, The X Factor fails to do what it promises to do. It has given us such pop failures as Steve Brookstein and Leon Jackson - indeed, the amount of decent pop stars who have emerged from the show (either as winners or finalists) can actually be counted on one hand.

You would assume that one of the reasons the show exists is because there is a dearth of musical talent in the UK. But when you consider that the likes of Kaiser Chiefs, Bloc Party, Everything Everything and Friendly Fires have emerged during the same life time as the show, it’s proof that we really don’t need the thing at all. And it’s not just the world of indie that has happily continued to flourish without Simon Cowell’s help; some decent pop acts have also emerged without the help of the evil puppet master. Pixie Lott is the pick of the bunch. Blessed with a fantastic voice, Lott is everything you want from a pop star. She looks like a pop star should, and she acts like a pop star should. Whether it’s parading around outside nightclubs wearing a short skirt with over the knee socks, or turning up on the “Alan Titchmarsh” show in the run up to Christmas 2010 decked out in snow hat and full matching seasonal garb in what was probably a boiling hot TV studio, Lott stands out from the crowd. She knows that pop stars should be glamorous, so she is glamorous. Not all pop stars manage to act like pop stars - be honest, do you know what ANYBODY from The Wanted looks like? 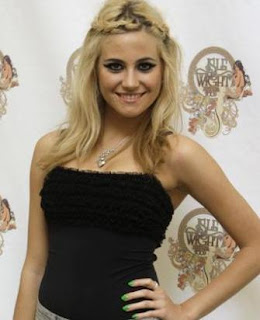 Lott has not come from the “overnight sensation” scene that helped Joe McElderry sink into obscurity within a year, and her career is starting to blossom. She is starting to make waves in the US, has even had a role in a movie (albeit panned by most of the critics) and has just completed her first “proper” UK tour, where the audience were encouraged to get out the marker pens and draw cat faces on themselves for the gigs. OK, it may not be the full blown humans-in-animal-costumes madness that fill up Flaming Lips gigs, but in the sometimes deathly dull music scene, anything that is just that little bit different deserves some praise. And with a website that features different "Pixies" dancing around at the top of the screen every time you click to another page, and an FHM shoot under her belt, Lott is simply a lot more interesting than, say, JLS.

Lott had been involved in the entertainment industry for several years before her debut single in 2009, and even then, she had been working on her music for several years before “Mama Do” surfaced in the summer. A bit of a slow burner rather than a “Sound Of The Underground” style ‘in your face’ anthem, it featured a stylish, slightly saucy, slightly surreal video, but it was the song itself that was the clincher - it showcased Lott’s voice perfectly, and what a voice she had. Note perfect, pitch perfect, capable of hitting some impressive notes, here was somebody who could really sing - unlike the likes of Matt Cardle, a man who seemingly failed to sing in tune every week on “The X Factor” but still ended up winning. “Mama Do”, in these painfully bad X Factor times, showed how good Pop really could be if you tried hard enough.

“Mama Do” appeared on just one format - the already dying CD Single. It came with a “new” B-side, a track that would not make Lott’s debut LP when it was issued later the same year, “Want You”. It became a huge hit, and Lott became an omnipresent figure on TV and Radio. The follow up, the feisty “Boys And Girls”, was an exhilarating blast of genius pop, with another memorable video, Lott oozing sex appeal, but in a more “girl next door” than “Marilyn Monroe” way. This single also came as a physical release, again it was a 2 track CD Single with another non album track “If I Changed” on the ’flip’. Unlike other pop acts, Lott co-wrote the A-side, and would also contribute several more co-writes on her debut album.

The album, “Turn It Up”, surfaced soon after. It’s remained a fairly notable presence in and around the charts since it’s release, and seems to be one of those albums that has infiltrated people’s minds bit by bit, eventually being certified double-platinum in the UK nearly a year after it’s release. Soon after, Lott was involved in the Various Artists single, “I Got Soul”, an attempt by Lott and a gaggle of lesser soul/R&B acts to cover the uncoverable Killers track “All These Things That I’ve Done”. By now, her fame had put her firmly in the public eye, which led to a monumentally lazy article in “The Independent” which looked at “the current wave of female popstars”, and saw Lott being compared to Florence And The Machine, Marina And The Diamonds, Little Boots, etc. in the same way Sleeper, Lush, Echobelly & Elastica were all dumped in the “female fronted bands” genre in the mid 90s. Lott was individually targeted in the article and slagged off for being “too pop”. Why put her in the list in the first place then? 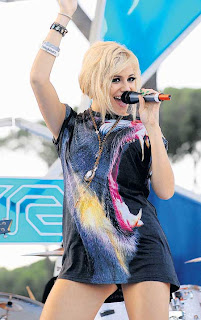 Lott’s career post-”Turn It Up” is very much reflective of the state of the industry. A few years ago, digital downloads would only count towards chart positions if a physical single was issued the following week, but this is no longer the case, and physical singles are now a rarity in the UK. The next three “singles” Lott released from the record appeared as digital-only releases, with videos being filmed for all three tracks - “Cry Me Out”, “Gravity” and “Turn It Up”. Promo CD’s do, however, exist for all of these releases.

Towards the tail end of 2010, with her first headline tour approaching (Lott had already done the festivals and a support slot with Rihanna), the decision was taken to re-release the LP, with a new cover and a slightly altered title - “Turn It Up Louder”. The decision to try to present the album as a “new” release was a new record label trick, and the likes of Ellie Goulding and Florence (again) did a similar thing at the same time. The original 12-track album was expanded to run for 22 songs, but because the extra tracks included covers and material previously available as downloads, the album was rather undersold by the record label who simply referred to it as having “five new songs”. “Want You”, from the “Mama Do” single, was also included on this new edition. One of the new songs, “Broken Arrow”, a sublime piece of melancholic pop, was issued as a single just prior to the reissue, and appeared on CD with an acoustic recording of the track as a B-side. Following the reissue, a video for another of the new songs, “Can’t Make This Over” was filmed, but there seems to be no physical release forthcoming, nor it seems any sort of digital release either.

What next? Well, Lott is just starting to release material in the US, and a revamped version of “Turn It Up” is due for release there any day now, which looks like it will include at least one track not on the UK editions. Lott has also helped co-write several songs for other acts (under her real name, in some instances, as 'Victoria Lott') as well as guesting on other albums, but it remains to be seen if she will continue to do this if her US career takes off. Let's just hope that the UK's brightest pop star continues to shine.