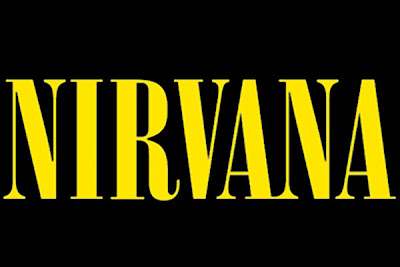 As I type this, Foo Fighters are in the middle of a tour which will see them play in the less than intimate surroundings of the Milton Keynes Bowl - twice. They’ve certainly come on from the days when I saw them play the Astoria on Charing Cross Road (RIP) and the Empire in Shepherds Bush.

Now, as much as I like them, there is a feeling within the music world - and this household - that they are not quite as good as those Milton Keynes ticket sales suggest. They are certainly nowhere near as good as Dave Grohl’s former band, Nirvana. Had Kurt Cobain not taken his life, then I would have got to see them play at the Brixton Academy some point in April 94 - a big venue, but not a BIG venue - certainly not the Milton Keynes Bowl, twice.

Of course, had things turned out differently, then it might have been Nirvana playing to 120000 people over two nights, but we’ll never know. So now is as good a time as any to look at a band who were, relatively small venue size aside, rather popular - and astonishingly good. One of the bands where you should believe the hype. It’s a shame the idiot metalheads into Guns N Roses discovered them, and the kids who are into My Chemical Romance seem to believe Nirvana invented them (they didn’t), so we shall attempt to un-tarnish their memory with a blog looking this month at the pre-Grohl years. A post-fame blog will appear in due course. 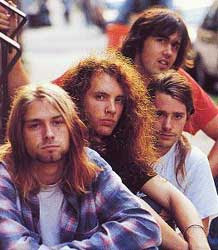 Following a name change, a demo tape, and two changes of line up drummer wise, the trio of Kurt Cobain, Krist Novoselic and Chad Channing made their vinyl debut in the USA in 1988 with "Love Buzz", a cover of a Shocking Blue track. In the run up to it’s release, the band had demoed numerous songs, and had even played at least one lengthy radio session, but all of this material was ignored, and it was also a new Cobain penned track called “Big Cheese” which made it onto the B-side.

The track was issued as part of the Sub Pop Singles Club, the latest in a long line of limited edition releases on the label, and only 1000 copies were pressed on 7", each of them hand numbered. It has never been reissued, but instead has been bootlegged many times - even the so called “un-numbered” edition, sold by some reputable dealers as a re-release, is a counterfeit. The version of “Love Buzz” which was included on this 45 was unique, as it opened with a ’sound collage’, which was absent on all subsequent Nirvana releases upon which “Love Buzz” later appeared.

In 1989, the band’s first LP - “Bleach” - was released. A couple of tracks from an earlier recording session featuring their second drummer, Dale Crover, were included, whilst the sleeve listed Jason Everman as a second guitarist. He did not actually play on the record, but was credited after he helped finance the recording of the record. He did join the band as a touring member the same year but had left by the start of 1990.

In the USA, the album was issued initially on White Vinyl, then on black vinyl with a poster, before being pressed on numerous different colour editions. “Love Buzz” was included on side 1, but not “Big Cheese”. In the UK, “Bleach” was Nirvana’s first ever release in that territory, and was issued on the Tupelo label. Again, first pressings were on White Vinyl, then Green, before standard copies appeared on black vinyl. The LiveNirvana website states that the UK edition too was repressed in a number of different coloured vinyl versions thereafter. “Love Buzz” was omitted from the UK version, with “Big Cheese” taking it’s place.

After Nirvana made it big, “Bleach” was reissued in the UK in 1992. Geffen had the rights to issue it this time, and it was released on CD with the original US track listing, but with two extra tracks - “Big Cheese” and the previously unissued “Downer”. A reissue of the Sub Pop edition also surfaced on import, and I picked up a copy on Pink Vinyl at the same time. The value of this reissue is confusing - I have always assumed that it was never worth much, as it was released “post-Nevermind”, but look at the “Bleach” pressings on the eil.com website, and you will see all of the coloured vinyl editions fetching huge prices, irrelevant of the “date of release”.

In 2002, Warner Special Products issued the album on White Vinyl again, using the 1992 track listing, meaning that “Negative Creep“, originally on side 2 of the Tupelo edition, had to be squeezed onto side 1 to make space on the flip for the bonus tracks. The definitive edition is the 2009 “Deluxe” version, which includes all 13 tracks from the 1992 edition, plus 12 live recordings from a period gig. This version is available not only on CD, but as a double white vinyl pressing.

The Blew EP and Sliver 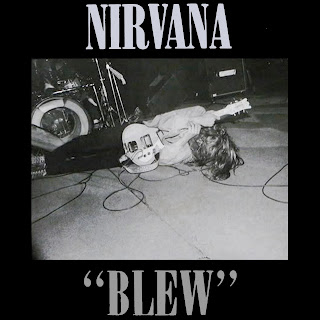 Although it was technically a single with three B-sides, Nirvana’s first release post-”Bleach” is always referred to as an EP, because it was only available on 12” and CD - and not 7” or Cassette. “Blew” was released to coincide with Nirvana’s 1989 European tour, although it actually appeared in the shops in early 1990, and in the UK only. “Blew” was lifted from “Bleach”, and the second track of the EP was “Love Buzz”, making it’s first appearance on a UK release. Perversely, the two extra tracks were new songs which remained unissued in the US for years - “Been A Son”, although popularised via live and alternate recordings, would not get released Stateside in it’s EP form until the release of the 2002 best of “Nirvana”, whilst “Stain” made it onto 1992’s ’Odds And Sods’ set, “Incesticide”.

The EP was pressed in relatively small numbers, possibly as few as 3000 copies across both formats, and once more has been counterfeited. I picked up a 12” copy in about 1993 in a record shop in Nottingham (I think) which I am told is a genuine release (the bootlegs were all apparently on coloured vinyl) but I am slightly confused as to why my UK only release has a sticker on the back for what looks like a foreign record store!

During 1990, Nirvana were on the verge of signing to a major, but were contracted by Sub Pop to release three singles. “Sliver” was the second of these, backed with an older unreleased track called “Dive”. Once more, the original mix of the A-side was different to all subsequently released versions, with an “outro” featuring a recording of Novoselic on the phone.

The US edition was housed in a fold over sleeve, pressed on blue vinyl. Second and later pressings changed colours, and came in standard sleeves. The single has remained on catalogue for years, which explains why I was able to get a pink vinyl one in about 93. Because these reissues were generated on a continuous basis after the blue vinyl original, they therefore all include the phone outro.

The single was issued in the UK as well, by Tupelo. The seven-inch came on green vinyl, whilst a black vinyl 12” surfaced with an extra track, a live recording of “About A Girl”. A CD edition was also made, adding a second live B-side, this time of “Spank Thru”, a track which had the honour of being part of Nirvana’s first demo tape in 1985. A studio version of the track had appeared on a compilation album called “Sub Pop 200” which was technically a US only release, thus making the live take of “Spank Thru” the first time the song had been available on a “proper” UK release.

Both “Sliver” and “Dive” were included on “Incesticide”, and the band filmed a video for “Sliver” to coincide. Tupelo reissued the single in the UK, in an obvious cash-in move, with the 12” now coming on blue vinyl. The CD was also reissued - it is worth pointing out that the CD version used the back cover of the vinyl edition (a shot of the band on stage) as it’s front cover instead. Both live tracks, meanwhile, appear on the deluxe edition of “Bleach”, in slightly remixed form.

Final Releases And Other Rarities

Whilst “Sliver” would be the final UK release before the “Nevermind” and “Teen Spirit” records, the band issued two more 45’s in the states. They released a split single on Sub Pop with Fluid, a live version of a cover of “Molly’s Lips”. The first copies appeared on green vinyl, later ones on black, but both are limited, and are thus both worth a small fortune. Although “Molly’s Lips” would again become quite a well known song via live recordings and a different take issued on “Incesticide”, the 45 version would not get a release on CD until being included on the “Deluxe” version of “Bleach”.

The band’s next single was on the Communion label, and was another split single - this time with The Melvins. Both bands covered Velvet Underground songs, with the cover mimicking the cover of the Velvet’s second album, “White Light White Heat”. Nirvana’s cover was of “Here She Comes Now”, and was included on 2004’s rarities box set “With The Lights Out”.

Nirvana had a habit of recording other tracks that were then tossed away on Various Artists releases. After “Spank Thru” had appeared on the “Sub Pop 200” set, they contributed a new track (“Mexican Seafood") to a US Split 7” called “Teriyaki Asthma Vol 1” in 1989. The track later turned up on “Incesticide”. A cover of Kiss’ “Do You Love Me” was released on a Kiss tribute album, “Hard To Believe”, the following year.

“Incesticide” also included a song called “Beeswax”, which had been taped in 1988 but not released until 1991’s “Kill Rock Stars” compilation. Meanwhile, a pre-”Nevermind” recording of “In Bloom” was made available in the courtesy of a promo video on a Sub Pop compilation VHS (strange to say the least) - this clip is available on the DVD on the “With The Lights Out” release.

Listed below are two discographies - a (vaguely) US and (more or less) UK/European one, primarily as it shows how Nirvana’s recordings were surfacing in different places at different times. Once on Geffen, things would get a bit more “streamlined”. I have merged LP and 45 releases together in release/re-release date order, but it hopefully looks OK. Split singles are also included for completeness, as are compilations which contain still-exclusive Nirvana material.