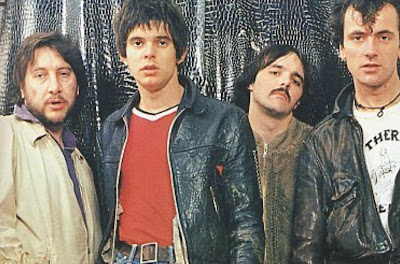 When Hugh Cornwell left The Stranglers in 1990, it started off a lengthy and never ending stream of compilation releases. With the band continuing to exist via various lineup changes, this has provided numerous labels - including those to whom the band were never even signed to - the opportunity to release some sort of collection to cash in on the band’s ongoing existence.

To be honest, the majority of these releases were questionable even at the time of their release, it terms of what they were aiming to achieve, but some albums have proved to be better than others. This is the first of what will probably be a slightly randomly timed set of articles looking at the band’s compilations. Now, I am a sucker for a band logo, so I have decided to list as many compilations by the band that use their iconic logo in these blogs. Any compilations that are logo-less, but seem to have been issued with the band’s blessing or on a former label, will also be mentioned. Choice of formats will probably be the CD edition where it exists, but some vinyl entries are shown where such things don’t exist.

To clarify, we are dealing here with compilations designed to showcase previously released material. Live albums released “after the event” are not included, this might be worthy of a future blog in itself. For each album, I have listed the track listing, as this should give more of a view of exactly what is on each album. Where it is known a specific mix was used, this will be detailed, if not, it is assumed the album/original mix was used. The list is based around UK releases, but we start with one from overseas, as a one off. 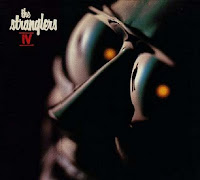 The first compilation appeared in North America in 1980. Housed in a sleeve also used for the “Who Wants The World” single in the UK, the aim of this album was to showcase a number of tracks that appeared in the band’s homeland, but not the USA. The band’s previous UK album, “The Raven”, despite being thought of as the highlight of their career, failed to get a release across the pond and so this album appeared as a sort of stop gap release.

The first half of the LP consisted of five songs from “The Raven”, and the second half was devoted mostly to A sides and B sides unreleased Stateside. Both sides of the “5 Minutes” 7” were included, along with the aforementioned “Who Wants The World” and the 12” mix of “Bear Cage”, retitled “GMBH”. There was also a brief mega rarity, as a new song, “Vietnamerica”, was included, but this track did eventually appear as a UK b-side in 1981.

Original copes came with a free 4 track EP, but - like the “Don’t Bring Harry” EP from 1979 - several tracks were from solo outings by Cornwell and JJ Burnel. Indeed, the first song on the EP was a Burnel, not a Stranglers, recording. I am not sure if every copy of the album released included the free 7” - mine doesn’t - but if you want the full monty, then the EP also includes the b-side “Straighten Out” and “Choosey Susie”, originally available on the free 7” included in the UK edition of the 1977 debut LP “Rattus Norvegicus”. 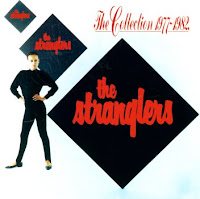 In 1982, The Stranglers jumped ship from the EMI/United Artists/Liberty boat to join Epic. To commemorate their departure, EMI released this best-of. It would be the first of many releases by the label, who always loved cashing in on the “punk” era of the band. When the band resigned to EMI in the Noughties, it gave them an even bigger excuse to start releasing more best of’s.

For some reason, the decision was taken to include many - but not all - of the band’s singles, so lesser “hits” like “Nuclear Device” were shoved aside to make way for the “album only” likes of “Hanging Around”. Tracks that had appeared as AA sides of a 7” were excluded (so no “Go Buddy Go”) but selected non-album 45’s that had appeared as a ‘proper’ A side made the cut - namely “Walk On By”, “Who Wants The World”, “Bear Cage” and “Strange Little Girl”, the latter recorded specifically for the set. What I will say though, is that the album runs more or less in chronological order, so it’s not quite as random as it might seem.

An accompanying VHS was released, with an altered track listing, altered title, and altered cover, and is arguably of more interest than the audio edition. It has since been reissued on DVD, even though it contains - I think - nothing that is exclusive. Despite this, and the fact that there have been endless compilations which tend to make this one a bit redundant, it is still possible to get this album on CD. Something which cannot be said of the next release. 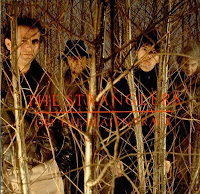 An attempt by EMI to try and capitalise on the band’s ongoing success whilst on Epic, this was a slightly flawed attempt at a “singles rarities” collection, surfacing in 1986. Everything on here, to it’s credit, was not currently available on a Stranglers studio LP at the time, but by keeping the release to a single slab of vinyl, various tracks that could have made it, didn’t.

What did you get? Well, A-side wise there was “Walk On By” and “5 Minutes”, AA-side wise there was “Go Buddy Go”, and there were nine other b-sides, but no “The Meninblack (Waiting For Em)”, to use just one example. You did also get “Mean To Me”, from the free 7” given with the UK “Black And White” album. Whilst the decision to put these items onto an LP was admirable, by simply missing selected rarities on the account of space, it just made the whole set a bit pointless.

Within a couple of years, the usefulness of the record was fully defunct, as 1988’s “Rarities” album did a better job of cobbling the odds and sods from the band’s past into a single set. The inclusion of “Go Buddy Go” allowed this LP to maintain a vague level of interest thereafter, as the track was absent from “Rarities”, but a 1989 singles collection would end up finally making this album rather superfluous. 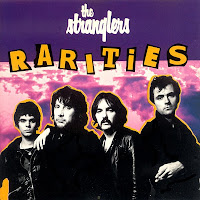 In 1987 and 1988, the seven albums the band had released on EMI were reissued on CD. Each release came with one or two bonus tracks, with the band’s singles being the source for these extras - no previously unreleased material was used. However, the majority of the band’s rarer items were deliberately left off the re-pressings, in order for them to appear on this release instead.

“Rarities”, simply because of the wealth of what it includes, remains one of the more impressive compilations in the band’s back catalogue. Not only did it include the “missing” b-sides, but you also got “Choosey Susie” again, both sides of the “Bear Cage” 12” (the A and B sides were extended exclusively for this release), plus the foreign language singles “Sverige” and “N’Emmenes Pas Harry”. Also included were four previously unreleased (commercially, at least) radio mixes of “Walk On By”, “La Folie”, “Peaches” and “No More Heroes”. The mix of the latter for radio was to edit it down length-wise, a strange choice for a song to be made shorter, as it wasn’t that long a song to start with!

Some years later, the band’s EMI era albums were reissued again, this time with additional bonus tracks, although nothing rare once more. At the same time, this album reappeared as “The Rarities” in a new cover, and in all honesty, a heavily revamped track listing, with many of the b-sides replaced by other rarities that were not on this original release (such as the “Tomorrow Was The Hereafter” fan club single), on the basis that they could now be found on the revamped reissues. 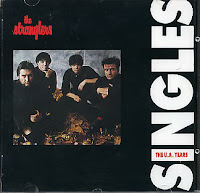 In 1989, EMI issued what really should have been the last word singles-wise on the early part of their career. This release aimed to include all of the A-sides that the band had released on the likes of United Artists and Liberty between 77 and 82.

AA sides were also in, so “Straighten Out” and “Go Buddy Go” made the set. However, “London Lady”, which had appeared on the “Grip” 7”, was missing; indeed, it’s never really been thought of as a Stranglers single, despite the fact that it received equal billing on the cover of that debut 45.

“London Lady” aside (it was on the first LP, after all), nothing was really missing from this set, unless you wanted the 12” version of “Bear Cage” as well as the 7” one, but this didn’t stop EMI from issuing numerous more best-of’s after Cornwell left the band. A remixed version of “Grip” was issued as a single to help plug this album, but it’s the original mix that is included on this album. The remix would turn up on several later compilation albums instead. 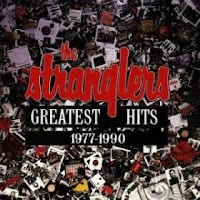 And so, as Cornwell waved farewell, and the band’s association with Epic also came to an end, this best of turned up at the tail end of 1990. A 14 track affair split equally between EMI and Epic singles, it came packaged in a superb sleeve depicting Stranglers records and memorabilia. The Cassette and CD editions took advantage of the extended playing time these formats offered, and added a bonus “hit” - “No Mercy”, from the Epic years unsurprisingly, thus destroying the 50/50 balance, and also messing up the chronological order of the album, as it was added at the very end of the record.

Cornwell’s departure was quite high profile, I seem to recall Radio 1’s Newsbeat program making a big reference to it, and it seemed to help this one sell - it stayed in the charts for the best part of a year, and at one point, started to climb back up the charts, eventually hitting the number 4 spot.

“Golden Brown”, from the EMI days, was reissued as a single by Epic in 1991 to coincide, whilst a remixed version of “Always The Sun” was also issued at the end of 90 - note also that a limited edition CD version of this release replaced the remix with a live recording from Cornwell’s last ever gig. Limited edition copies of the album appeared as a picture CD edition, shrink-wrapped with the CD booklet inlay removed and placed behind the CD case, but how many of these still exist “untouched” is open to question.

Attempting to squeeze 13 years of hits into a 50 minute LP was never going to work, so the set fell quite short of ticking all the boxes. Several singles that were never originally on a studio LP appeared - “Walk On By”, “Strange Little Girl”, “All Day And All Of The Night” - but many more were missing. Some of the latter period songs were edited - the edits are barely noticeable when compared to the LP, but I am reliably informed that “Nice In Nice”, “Always The Sun”, “Big In America” and “96 Tears” were all affected, the first three of these thus making their debut on CD.

Although “Greatest Hits” was issued as a farewell to Cornwell, it would certainly not be the last collection designed to cover the Mark 1 period of the band. A future blog will look at the compilations that surfaced after the Mark 2 line up had started recording, but which covered material from either the Cornwell and non-Cornwell years, or both.